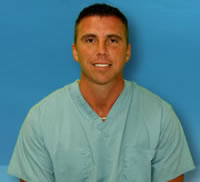 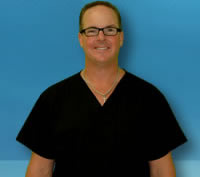 Texas native, Russell Boone earned his bachelor's degree in Biology from the University of the Houston in 1994.

In 2003, Russell became a certified BOCP Prosthetist and in 2005 became a state licensed Prosthetist.

In 2005 Russell began traveling to third world countries treating amputees that have no prosthetic resources. That same year Russell Boone and Robert Draeger decided they wanted to create a unique Orthotic and Prosthetic company. They formed New Life Brace and Limb, LLC and in 12 years they have become an industry leader in Orthotics and Prosthetics and have set a standard of unparalleled quality.

Russell continues to be involved with medical missions which have evolved into two separate international Orthotic and Prosthetic companies.

Bob Draeger is a Board-Certified Prosthetist, Orthotist and Pedorthist. He is co-founder of New Life Brace & Limb which originated in
the Houston area with four locations throughout the Southeast region, one location in San Antonio, Texas and one clinic in Trinidad
and Tobago.
After attending Southwest Texas State University, he finished up at the University of Texas San Antonio. Bob completed his residency
in San Antonio then moved to the Houston area attending clinics at The University of Texas Medical Branch.
He has been in the field of orthotics and prosthetics for over 25 years and is not only licensed to practice in the State of Texas but also
and in addition has American Board Certifications in Orthotics/Prosthetics and Pedorthics.

I Dont usually go out of my way to right reviews on a person. But I believe you have a person working for u that deserves a little extra recognition. His name is Mark Pitambersingh. I was very skeptical about wearing a brace at first. Mark took the time to explain The benefits of wearing my brace. And makes me feel comfortable about wearing it. He also went out of his way to design something I liked looking at... Made sure it was comfortable. And worked for my daily grind. Today him and his staff got me in on short notice and did some adjustments to my brace that helped me tremendously. The staff at this location are always friendly and greet me with a smile. I always feel welcome and comfortable no matter what. Great people. Great service. These ppl are definitely making a difference in the world. Thanks again
- J. Tipton

I came in last year. A fairly new amputee. Lost, frustrated in pain. With very bad prostheses that did not fit. Not knowing a single thing to do after leg cut off, staples out and given this thing I could not use. A year and one revision with support team later I am happy. I might not even have much of a limp after too my PT noticed first walk with walker yesterday after. They take care of you. Check on you and do not just build you what you need and tell you to go figure it out on your own. Brent and Derrick are Awesome!!!!
-S. Rawis-DeMaya

Love love, love the personal attention that I have received since day one. Big thanks to Mark n Chris!
— D. Copaus Ford

My daughter started her journey with AFOs 12 years ago with Bob. She was 2 and he carefully fitted her little feet perfectly. He has taken good care of her over the years and we are grateful for his expertise and kindness with our girl. Highly recommend them!
- J. Morrow Abram

I have NEVER been treated with anything but respect and kindness. I have never felt like an imposition just because my appointment ran a little late. New Life treats me as a person and not just another patient. Jesse Rettele is the head Prosthetist and he is always extremely professional and a man with immense integrity.
-T. Hellyer